Skip to content
Fathers Day - Feed Me Feast for $90 - Place your order before 2:00pm FridayBuy now
Make a reservation

Reserve your table at Black Sheep

...we're a bit taken by it ourselves.

Distilling isn’t a new phenomenon for our city by the bay, in fact in ye olden Geelong what was once Corio Distillery was once the largest distillery in the southern hemisphere.

It all began in the 1920’s when British Distillers decided that a shortage of whiskey just simply wasn’t an option. Not far from when the Shell refinery resides today, the first Burnett’s Dry Gin was produced.

By the end of 1929 and the inaugural year of Corio Distillery production was ramped up and when we say ‘ramped up’ we’re meaning a whopping 500,000 gallons of whiskey produced PER YEAR.

Skip a long another decade to Christmas of 1938 and well, they never took their foot off the gas. By the end of 1938 production was at 12 million gallons of whiskey and another 5 million of gin per year. At that time this equated to two thirds of the Australian whiskey trade and half of the gin market.

Things were great for Corio Distillery for a short while before importing became more of a thing and frankly the stuff from overseas was said to be better…something about quality over quantity?

Corio Distillery closed in 1989 and you can even see an old still on the original site today…we’ll give you 100 points for finding it.

So after all of that, welcome to the home of Gin in Geelong, Bellarine and Surf Coast…
…let us introduce you to the family.

PS. We even have our own Gin Club…check it out here. 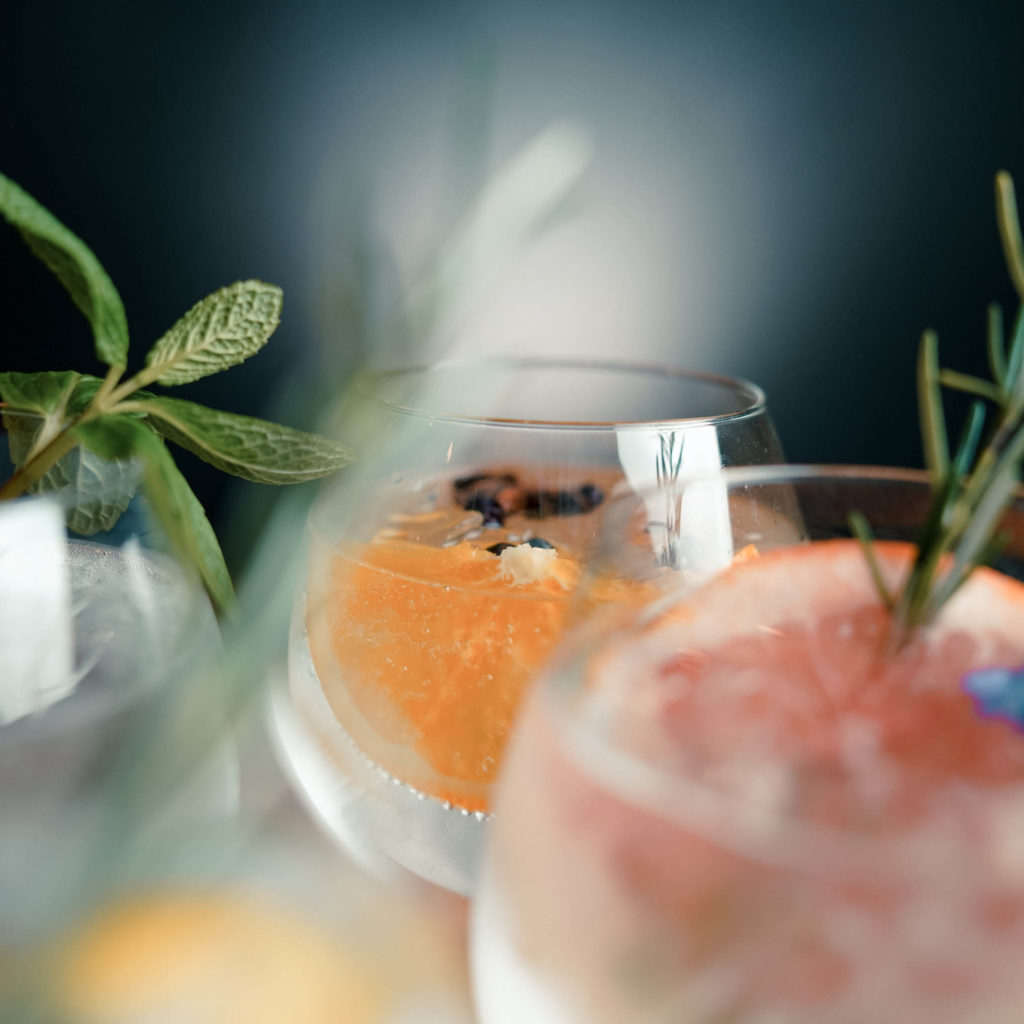 Located in Geelong’s very own Federal Mills, co-distillers Dervilla McGowan and Sebastian Reaburn started Anther in 2016. Derv left bartending to become a scientist and has a PhD in microbiology. She brings scientific method to the distillation process. Seb has always worked in the liquor industry making cocktails and slinging booze.

The temptation to make their own gin was irresistible.

The anther is part of the flower containing the pollen & the name Anther was chosen for its connection with plants, and the science of botany. Distilling is the perfect blend of science and nature. Anther’s curiosity and love of Australian botanicals are at the heart of everything they create. 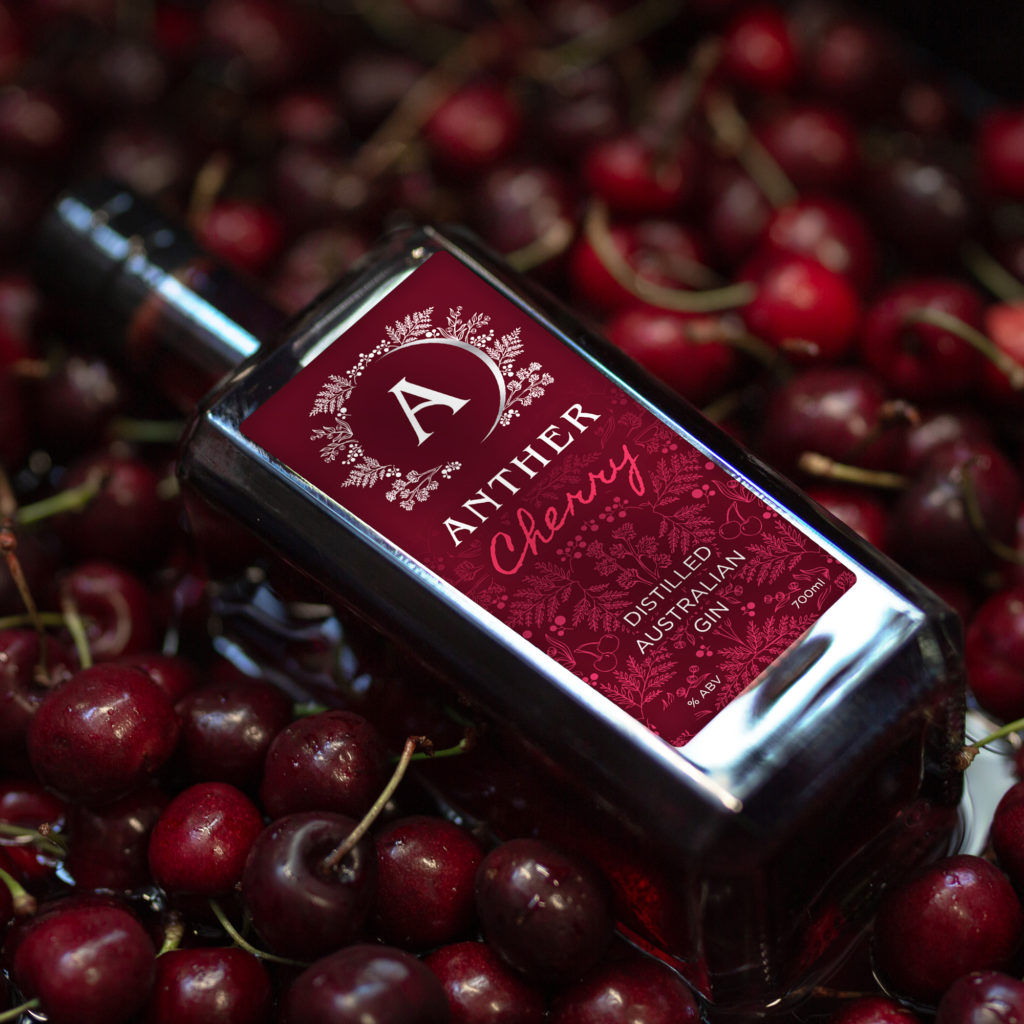 Russ Watson and Lorelle Warren founded the Bellarine Distillery in 2015 and started commercial production in 2017. Craig Michael joined the team as Distillery Manager in 2018 and both he, and his wife Nicky, became business partners in 2019.

Russ and Lorelle have always had a love for craft spirits and were inspired to create their own distillery after meeting Bill Lark down in Tassie.  Russ’s background as a fitter & turner enabled him to build just about everything from scratch while Lorelle’s many years as a Chief Financial Officer kept him in check! Craig and Nicky had a dream of being craft producers and meeting up with Russ and Lorelle in 2017 was the turning point for their careers. With a science background Craig jumped down the rabbit hole of all things distilling whilst Nicky’s career in managing health practices has given her excellent business management skills.

Bellarine Distillery’s philosophy is that less is more – with a sharp focus on quality. Their signature style is simple, bold and balanced gins, with just a handful of premium botanicals being the stars of the show. Each gin has a very unique flavour profile designed to attract a very diverse range of ginthusiasts. 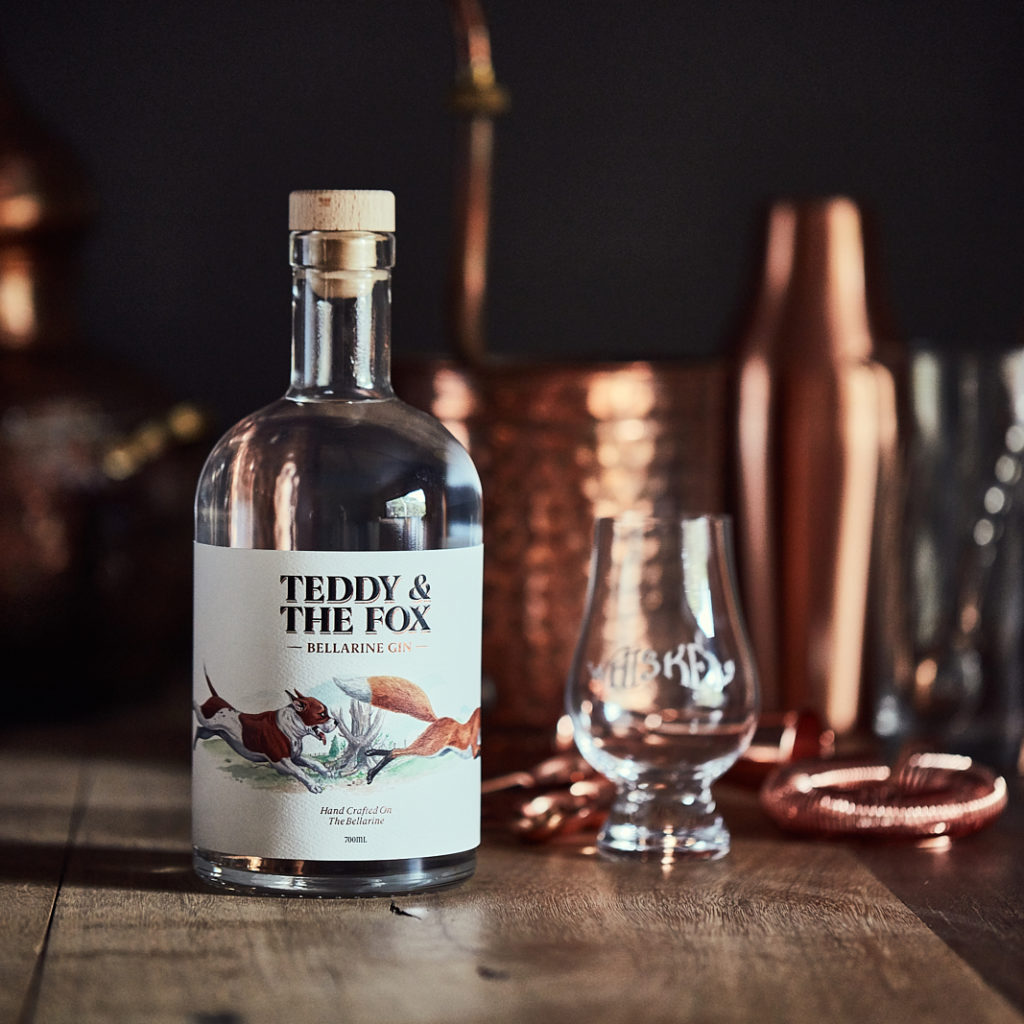 Back in 2017-18, Distiller Tristan Bibby was working as the head chef of the Whisky bar restaurant at the Queenscliff Brewhouse. Hosting frequently held dinners matched with quality spirits, from Whiskies to Gins, Rums & Wine, Tristan’s full appreciation for distilling came from this.

By May of 2018 a Director of Queenscliff Brewhouse & Whiskey Bar, suggested Tristan learn how to distil with the goal to have their first product ready to release by Christmas. By November 2018, The Queenscliff Dry and Navy were on the market for all to share.

Self taught, Tristan aims for uniqueness in all that they release. With a saturated market, he doesn’t want to just ‘fit in’. For example, the Queenscliff Distillery citrus is an overload of many varieties, balanced with ginger and cinnamon, beautiful aroma without loosing the forward juniper characteristics. Everything has been trial and error as a method used for one product may not suit another. 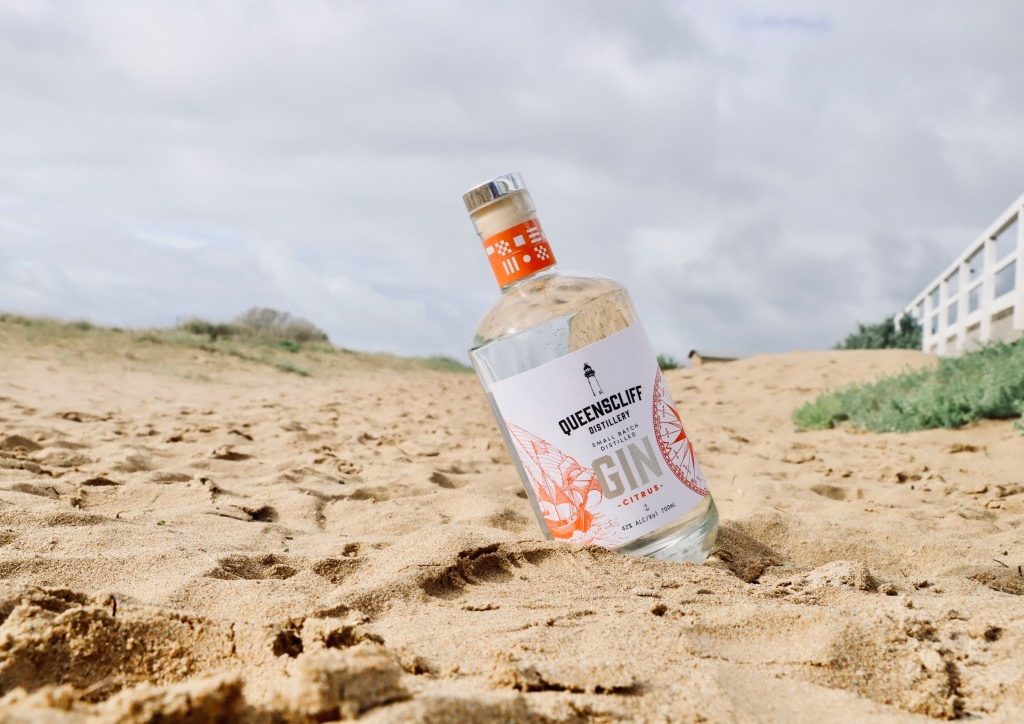 In 2012 one of founders Leigh caught the brewing bug which led him to changing careers to become a brewer at one of the pioneers of craft brewing, Little Creatures. 4 years into his brewing career and getting deep into the matrix of beer production, fermentation, processing and packaging inevitably led him to the wonderful world of spirit distillation. At the same time Shaun the other founder and brother to Leigh was looking to venture into something he could call his own…something he was passionate about in order to build a business that supported his family and lifestyle.

Shaun and Leigh started banging their heads together over a few beers and eventually came up with what is now Flowstate Brewers & Distillers, a brewing and distilling company based out of Torquay Victoria where they call home.

At Flowstate Brewers & Distillers the guys take a different approach to the way they do things. They’re not bound by tradition but show respect to the craft nonetheless. Not tied down to a category, the guys keep an open mind and tend to drift in and out of white or dark spirits, beer and whatever tickles their fancy. Crossing production techniques and ideas that allows us to keeps their creative juices flowing. Nothing is out of the question. 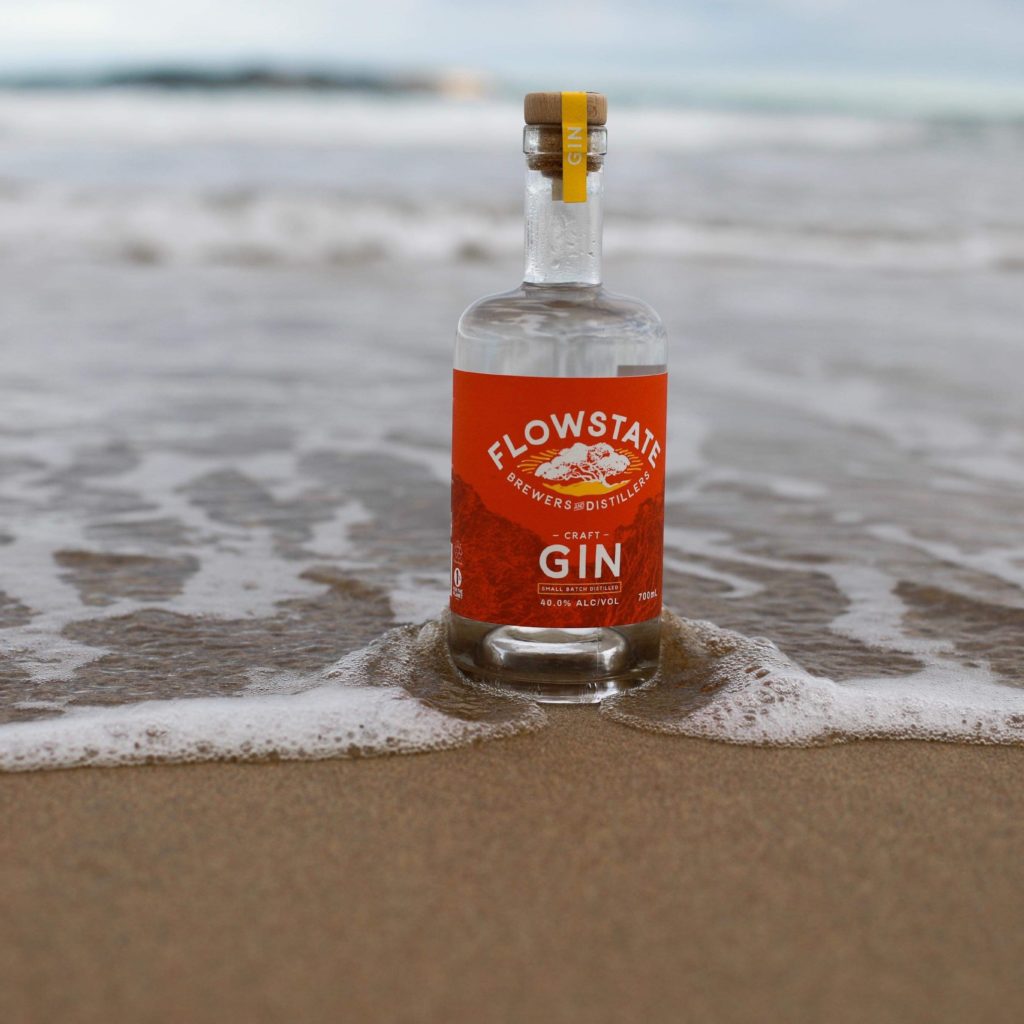 Founder Ann Houihan’s love of quality Australian craft gin & her long association with the Surf Coast lead her to create Great Ocean Road Gin in November 2017. Ann’s background in event management & marketing with over 20 years working in food and booze for companies such as the Melbourne Food & Wine Festival and the Royal Agricultural Society of Victoria ultimately lead her down a path to be a gin maker.

Ann initially collaborated and learnt the craft of gin making at the Craft & Co, a maker’s incubation hub in Collingwood with Sebastian Raeburn, of Geelong’s Anther Gin.  Inspired by the Great Ocean Road, many of the botanicals used in the gin are unique to the region including hop wattle, coast daisy, salt bush, eucalyptus and local honey.

The Tasting Room & Gin Garden located on the Great Ocean Road in Aireys Inlet is home to the gin.  A new distillery space is currently being developed and will be located in Torquay. 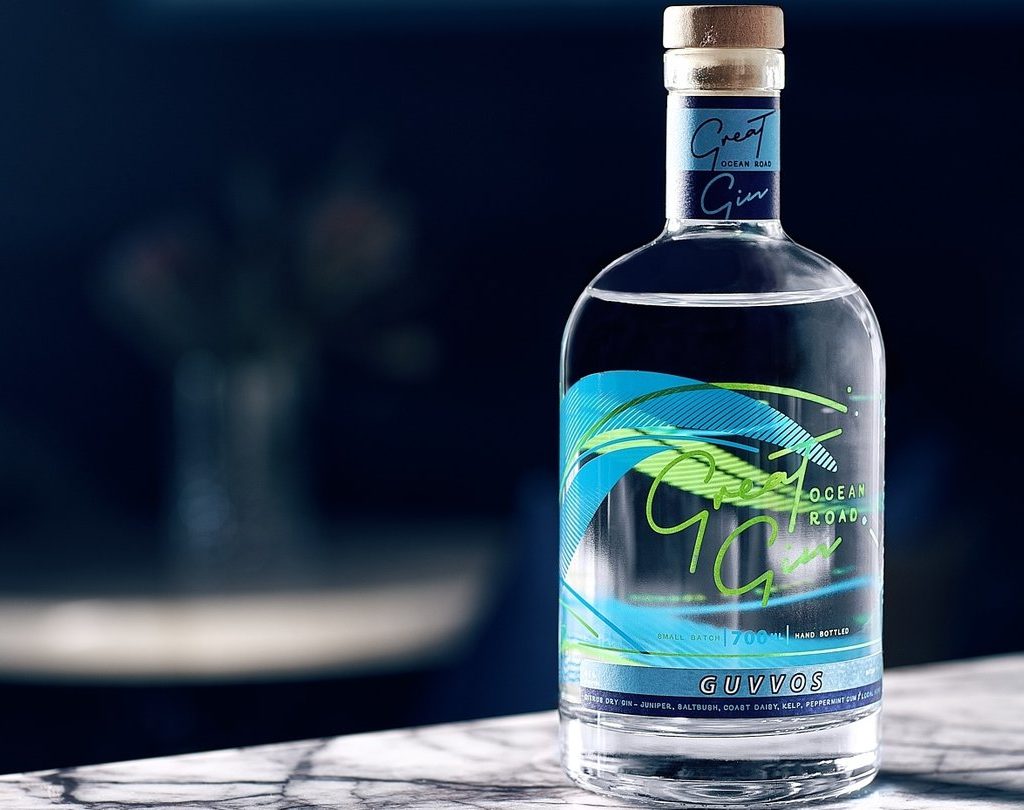 Reserve your table at Black Sheep